/Global Edge: The Rise of VFX in Australia

Australian VFX companies have burst their way into Hollywood, building a reputation for impressive creativity and quality. In an industry once dominated by studios in California and Canada, emerging players from Australia are finding increasing success on some of the biggest features of recent years. Features & Television Business Development Manager, Elle Croxford, provides insight into the recent rise of visual effects within Australia.

“Australians certainly aren’t new to VFX or post. As Cutting Edge celebrates 25 years in business, we have been delivering for US productions for over 20 of those years,” Elle explains.

“Since then we’ve seen lots of change – the technology advancements have been huge. There’s a larger dependency on VFX; budgetary spends have gotten bigger, yet more constrained and ever-thirsty for rebates; risk management and content security have become more important; and now, with the juggernaut of the television resurgence, Cutting Edge has dedicated ourselves to deliver quality and value on every feature, series, documentary, and reality TV series we’ve worked on.”

“It’s our unique offering that attracts many of our clients in the first place, especially VFX projects from Los Angeles. Most of our work out of LA is VFX with the majority of our clients returning many times over,” says Elle.

After partnering with Cutting Edge on multiple seasons of Sony’s Powers Producer, Guin McPherson explained, “We were so fortunate to have the Cutting Edge team be a part of “Powers”… Our expectations were regularly exceeded by their creative input and distinctive ideas.”

“Australian post production studios offer great creative services, but it takes efficiency and superior customer service to stand out. We use time delays to our advantage so that our clients get prompt results”

Producer of the upcoming feature Jungle, Dana Lustig, explained, “as an LA based producer, a lot of my communication with the Cutting Edge team during prep and post was long distance. This might sound tedious and challenging but their system works seamlessly and I will be delighted to work with Cutting Edge again on other international projects.”

Jungle is a survival story, based on true events set in the heart of the Amazonian forest. It is one of six features Cutting Edge has delivered VFX for in the last 12 months, and comes from Australian Director Greg McLean, and stars Daniel Radcliffe.

With limited film-crew access and difficult to shoot locations – such as filming in the Andes Mountains; Mal Passo River; Taquile Island, Peru and the Bolivian Death Road – Cutting Edge’s VFX team were challenged with the recreation of each of these environments in CG.

Dana Lustig commented, “part of the shooting of Jungle took place in extremely challenging and sometimes dangerous locations. With the very detailed and careful planning of the VFX team at Cutting Edge and VFX supervisor Bryn Morrow, we were able to achieve the full effect of those amazing locations and help realize Greg’s vision without compromising the look, or the safety of our cast and crew.”

Mike Gabrawy, Producer and Chief Creative Officer of Arclight Films added, “the production and post production of Jungle was genuinely one of the most satisfying filmmaking experiences of my career.”

“Jungle is a great example of our VFX team’s recent work. It required the creation of CG environments, CG characters and multi-element effects, in order to sell the beauty and vastness of the story,” says Elle.

“It has been a big year for Cutting Edge. We’ve also wrapped on sci-fi films, Guardians of the Tomb, Underworld Blood Wars, and The Osiris Child: Science Fiction Volume One,” says Elle.

“Besides the time-difference working in our favor, we have so much talent on the Cutting Edge VFX team. We have worked hard to build and retain a team of top-tier artists. Combined with globally competitive costings, impressive government rebates and second-to-none service, and consistently high quality creative product means we compete internationally,” says Elle.

“This year is shaping up to be a defining year for us, and a great way arrive at our 25-year milestone. While the last 25 years have been incredible, what we are really excited about is the next 25 years. With every project we complete we dig deep to exceed expectations. We have carried this attitude since the beginning, and it is what will continue to define Cutting Edge,” Elle explained. 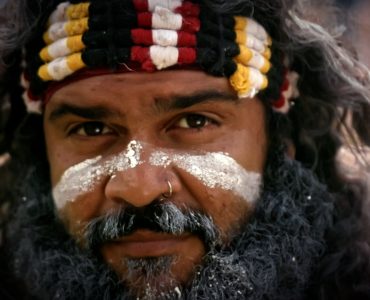